The BALAGERIA CENTRAL CO OPERATIVE BANK LTD. is one of the District Central Cooperative Banks incorporated under The West Bengal Cooperative Societies Act, 1940. Since its inception, the Bank has been playing a pivotal role in transforming the agrarian economy of the State by catering to the credit requirement of the farm families. The Bank leads the Short Term Cooperative Credit Structure (STCCS) in comprising more than 340 Societies at the grassroots level, the Bank has been implementing various plans and programs of the State Government meant for agriculture production and productivity including allied agriculture with rural development. The Bank has a network of 12 Branches including Head office spread across the East Medinipur District of West Bengal. The PACS are also being transformed as One Stop Shop to provide all the requirements of the farm families under one roof. The Bank has also facilitated organization and credit linkage of Joint Liability Groups (JLGs) and Self Help Groups (SHGs) to meet the credit requirements and of the sharecroppers and oral lessees and for Women awareness Programs .

The Bank has firm commitment to the prosperity of the State by way of providing credit for capital formation through Medium Term and Long Term loans for agriculture. Keeping in view the credit requirement of the large number of handloom weavers, rural artisans, adequate credit have been sanctioned in favour of the Primary Weavers Cooperative Societies and artisan members of the PACS. This Bank to cater the boosting up the small enter presence through BSKP, PMEGP like Govt. sponsored scheme.

The Bank has established a State-of-the-Art Core Banking Data Management Centre in its Head Office premises and linked all the Branches of this Bank to the Data Centre along with its functional units as a part of the Core Banking Solution (CBS) being assisted by the State Government. The Bank has been earning profit since its inception and running on. 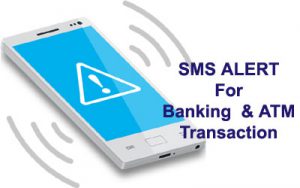